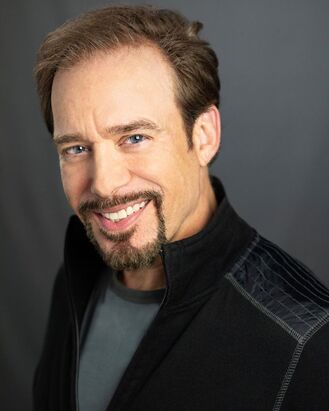 In and around Los Angeles where Louis resides, credits include numerous productions at A Noise Within(L.A. Ovation Award Nomination for Best Supporting Actor as Camille in A FLEA IN HER EAR), The Colony Theatre(L.A. Scenie Award For Best Actor as Tom in THE GLASS MENAGERIE), Ensemble Theatre Company of Santa Barbara, The Odyssey, Rubicon, International City and Norris Theatres as well as The Ahmanson Theatre in The Royal National Theatre's American Tour of AN ENEMY OF THE PEOPLE(with Sir Ian McKellen).

Recently, he won a Desert Star Award as well as an L.A. Scenie Award for Best Featured Actor as one of the Clowns in THE 39 STEPS at Glendale Centre Theatre in L.A. and at Coyote StageWorks in Palm Springs. Louis has also done extensive voice-over work for various books-on-tape, video games and narration and can be heard as Jesus in the recently released TNIV audio Bible produced by Zondervan. A lover of swordplay, Louis spent 2 years studying intensively with the fight troupe, Touche, in Northern California and is Certified with Special Recommendation by the Society of American Fight Directors, having choreographed many stage fights over the years including a production of Romeo & Juliet for the Marin Opera Company in the Bay Area.

A passion for Language and Classical Text, Louis is the Text/Speech Director for the Rubicon Theatre's Fearless Shakespeare Young Person's Summer Conservatory and is looking forward to assisting on a production of Titus Andronicus this coming summer!

When not onstage, Louis is usually pursuing one or both of his other two passions: He can either be found training for his next marathon in the hopes of qualifying for the Boston Marathon or he can be spotted traveling to some far-off exotic destination, hunting for the perfect picture to capture with his old-school Nikon analog SLR camera.